Bobby served in the United States Army for 33 years, 19 of which were in a special operations unit. In the role of soldier, he felt confident and assured. But when cancer attacked, he wasn’t sure what the outcome would be. At times Bobby felt lost because he didn’t fully understand his cancer. When he learned about CAR-T cell therapy, he identified with the process of "training" and it reminded him of how he trains his dogs to find a specific target. Watch Bobby's story below. 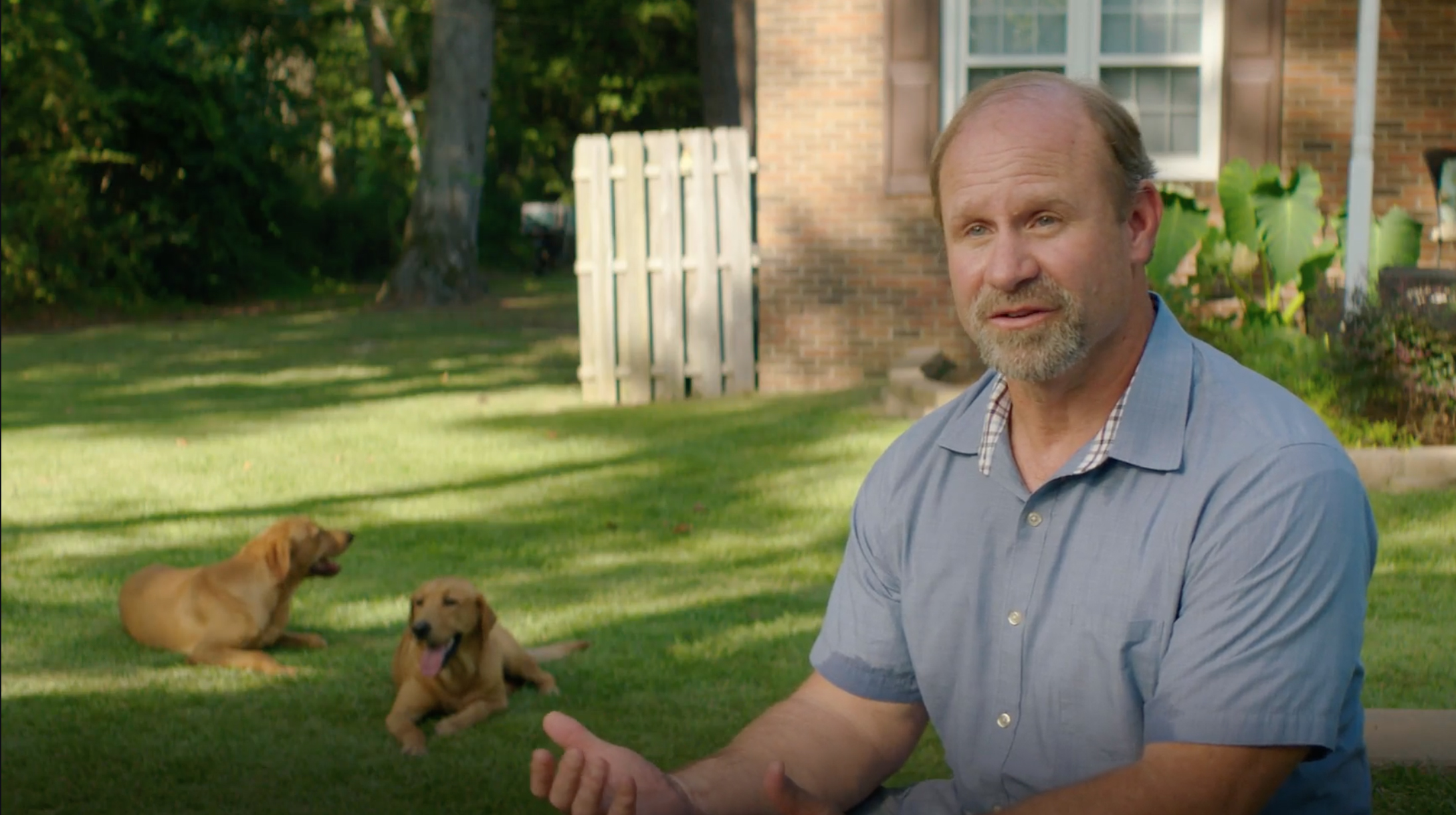 The first symptom Bobby noticed in the summer of 2013 was difficulty swallowing. He brushed it off for 2 months, until a friend who was a surgeon in Bobby’s army unit demanded he get checked out. “He drove me to the hospital himself,” Bobby said.

About a week later, a biopsy revealed Bobby had advanced B-cell blood cancer. As his doctor explained the diagnosis, Bobby remembers wanting to know more, but not finding the information helpful. “It was almost a feeling of immediate hopelessness.” Bobby said. “[I thought,] this is the battle that I’m in now, and I’m not even sure I have the tools to win.”

Bobby received his first treatment 3 weeks later. After 20 rounds of chemotherapy and radiation, his cancer was declared in remission by January 2014.

Until a year and a half later, when the cancer came back.

Bobby’s cancer resurfaced in multiple places throughout his body. “I began to have the worst thoughts,” Bobby said. “But I was still planning on being able to retire within a year.”

His cancer was aggressive enough that his doctors decided a stem cell transplant would be the next best treatment option. First, he received a different kind of chemotherapy, and then, at the end of December 2015, he received the transplant. His wife Julie was by his side the entire time.

“My biggest source of support during that time was Julie,” Bobby said. Every time Bobby had to stay in the hospital, Julie would stay with him.

After the transplant, his cancer went into remission again. “I felt good,” Bobby said. “I was able to go back to work and continue planning for retirement.”

This time, remission only lasted 9 months.

Bobby remembers weighing the options of whether to treat again or not. “I was at the point where it felt like I was losing ground,” Bobby said. “[In the army], you never want to lose ground, you want to apply pressure. [In remission], it felt like I was winning, and now here was a battle I wasn’t equipped to fight.”

He had doubts, but Bobby remained determined. “I felt like I may actually lose, but I wasn’t going to quit,” he said.

From there, Bobby’s doctors recommended another transplant. His sister was a match, but Bobby pressed his doctors for more options. He felt like he had tried the other treatments and wondered if there was anything else. “I had lost confidence,” said Bobby.

He began researching ongoing clinical trials. In September 2016, Bobby and Julie flew to a hospital out of town to speak with a doctor about CAR-T cell therapy, and how it could reprogram Bobby’s own T cells.

Bobby says the science behind CAR-T cell therapy felt foreign to him until he saw a video describing the reprogramming process. “I really identified with the CAR-T cells and what they were supposed to do,” he said. He knew he needed a more "advanced weapon system" against his cancer and liked that CAR-T cells were "trained to eliminate the enemy."

Bobby was excited about CAR-T cell therapy, but Julie still had reservations about the clinical trial. They also needed to consider the potentially life-threatening side effects of neurotoxicity, fevers, and cytokine release syndrome (CRS). CRS is a large, rapid release of cytokines (immune substances) into the blood from immune cells affected by immunotherapy.

Bobby would have to wait a few months before he could join the trial, so he and Julie decided to fly back home and weigh their options. On the way to the airport, they received a call: A spot had opened up in the trial, and Bobby would be able to have his T cells collected the next month. They took it as a sign, turned the car around, and headed straight back to the hospital to sign the paperwork.

He still had to undergo conditioning chemotherapy to prepare his body to most effectively receive the new CAR-T cells. While he was eager to start his CAR-T cell therapy process, Bobby had one more thing he needed to do first.

He needed to walk his daughter down the aisle. In October 2016, Bobby’s daughter was married outside under a blue sky and a palm tree. He said, “It was my priority to walk her down the grass.” One week later his T cells were collected.

Bobby considers himself fortunate to have learned about CAR-T therapy and was thankful he always had a room full of support. “A few of my [army] buddies came out to support me in that process,” he said, “And bust my chops, of course.”

His own T cells were sent to be reprogrammed into CAR-T cells, and just before Christmas in December 2016, he received his CAR-T cell infusion.

After the infusion, his doctors kept him in the hospital for close monitoring to watch for side effects. Bobby says he experienced a headache and fever. For 30 days, he and Julie passed the time playing cards. And, 30 days after his CAR-T cell therapy infusion, Bobby was officially in remission. “I fought a couple of battles, and [I felt like] CAR-T helped me win this war,” he said.

After being diagnosed with advanced B-cell blood cancer, Bobby said his first priority for retirement was more family time. “In your worst moments, you build strength in your relationships with other people,” he said.

Now, Bobby works as an advocate for former wounded, ill, and injured special operations soldiers, and their families. He works a 40-hour week but says that’s a relaxed schedule compared to his time in the military. He spends his free time training Labrador Retrievers, and he takes every Monday off so he can spend long weekends with Julie. They frequently visit their son and daughter across state lines.

Recently, Bobby has thought a lot about the legacy he wants to leave. He is passionate about sharing his story so that more people can learn about CAR-T cell therapy. “Stories make a difference,” he said.

Bobby has been in remission since 2017 and continues to be monitored by his doctors.