How do you explain cancer and CAR-T cell therapy to a child? Erica and Patrick had to face that challenge with their 5-year-old son Liam: "We told him that basically, they took his cells to the lab and made them fighting cells, and they are going to put them back in your body to take away the cancer...He thought it was the coolest thing ever to have fighting T cells in his body," Erica said.

The way Liam sees it, his CAR-T cells have been like knights defending his body from his advanced B-cell blood cancer. You can watch his CAR-T story below. 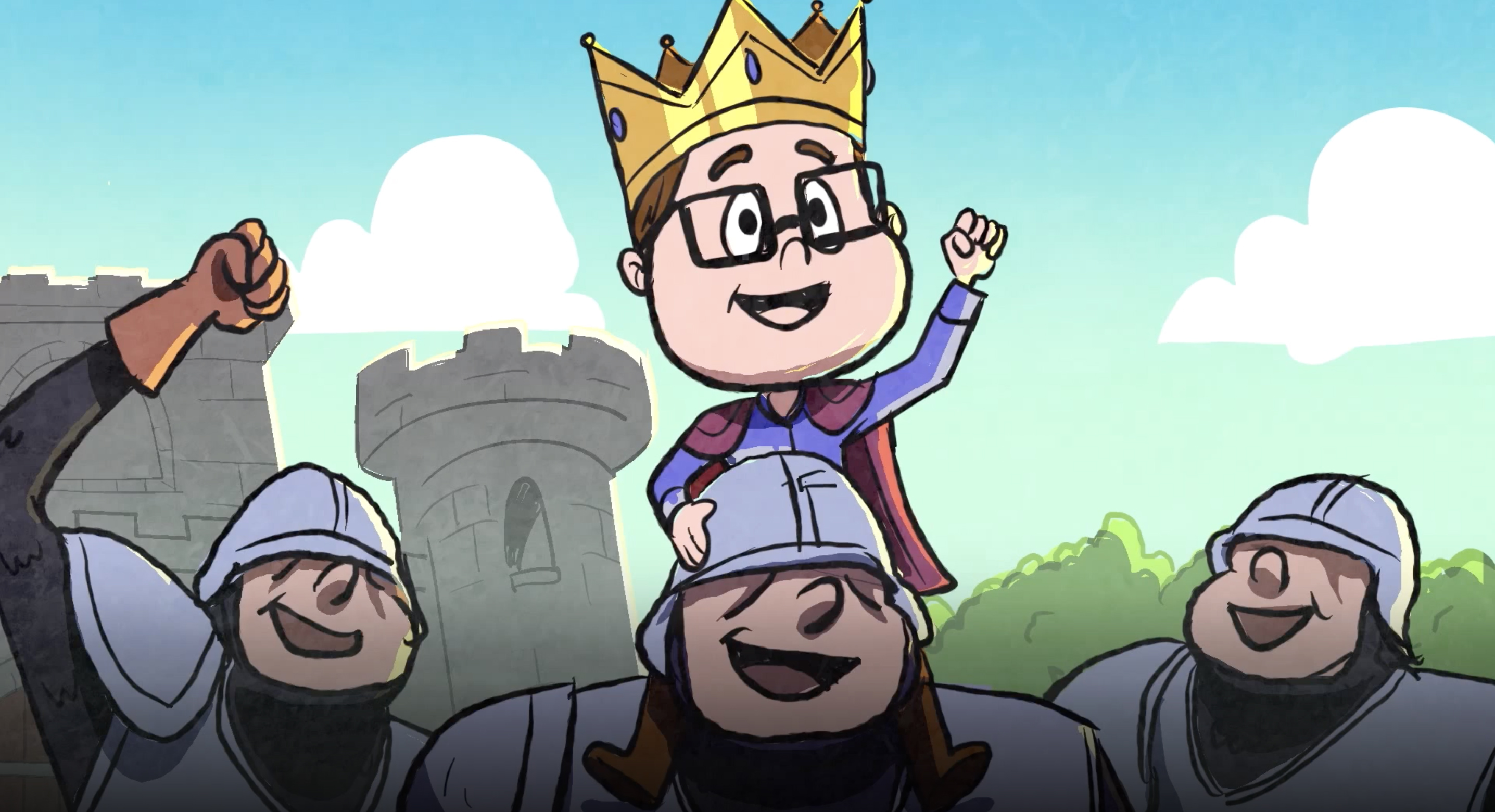 Erica didn’t always know if a happy ending was in sight for Liam. Before CAR-T cell therapy, Liam’s future was uncertain because of his cancer.

In August 2013, when Liam was 18-months-old, Erica and Patrick noticed unusual bruises on his body. At first, they attributed it to his young, wobbly age and a new living space, but the reality was much more serious. Ultimately an oncologist confirmed a diagnosis of advanced B-cell blood cancer.

Liam’s initial treatments spanned years, and he was 4-years-old by the end of it. Through it all, Erica said he handled it extremely well.

Until his cancer relapsed and came back. Less than a week before his 5th birthday, doctors found clusters on Liam’s pituitary gland, and he needed treatment immediately.

The relapse protocol would consist of intensive combination chemotherapy, radiation, and steroids. However, Erica and Patrick discussed additional potential treatments with their oncologist. They discussed Liam undergoing a bone marrow transplant as well as potentially enrolling in a CAR-T cell therapy clinical trial. Ultimately, they decided to try CAR-T cell therapy. Liam was put on a temporary treatment plan to keep his cancer under control until he was accepted into the trial.

But Erica said side effects of CAR-T cell therapy were a concern. “You hear all these stories about the storm period of CRS [cytokine release syndrome], and you wonder what might happen," Erica said. CRS is a large, rapid release of cytokines (immune substances) into the blood from immune cells affected by immunotherapy. Though Erica and Patrick knew the clinical trial could be risky, they discussed all the options with Liam's doctor and decided it was worth trying. “[We could] only compare it to a few kids,” Erica said. “But we made a decision and felt comfortable with that decision.”

Once he was accepted into the trial, Liam's doctors took Liam off his temporary treatment plan. After conditioning chemotherapy to prepare his body to most effectively receive the new CAR-T cells, Liam received his CAR-T infusion in April 2017.

Because of side effects following his infusion, Liam was in the hospital for almost 10 days with a 105-degree fever. He developed an infection in his intestines (Clostridium difficile, or C diff), he was tired, and he experienced a loss of appetite. But Erica said that through it all, Liam was in great spirits.

Liam and his family stayed near the hospital for several more weeks for monitoring. About a month after he received his CAR-T cells, no evidence of cancer was detected. Liam was officially in remission.

For the first year after therapy, Liam had checkups and blood tests every 3 months. Now, he goes to the hospital every 6 months for checkups. Liam receives IVIG (intravenous immunoglobulin) every 2 weeks to help maintain his immune system and help him avoid infections.

Erica views CAR-T cell therapy as a success for Liam. “He has gotten into telling his story,” she said. “During Childhood Cancer Awareness Month, he stood in front of his class and told them his story. He really likes to tell people he had fighting T cells in his body.”

Erica hopes that by sharing her family’s story, they can help spread awareness of CAR-T cell therapy. Her advice for other parents considering any type of CAR-T cell therapy is to try speaking with advocacy groups and other people who were once in their shoes. Among other support groups, Erica said that online support groups and organizations like the Emily Whitehead Foundation offered her family useful insight, especially about CAR-T cell therapy. “We read what we could and spoke with doctors but [patients should] try to talk to as many people as [they] can,” she said. “That really did help us… It’s hard to make those decisions, but talk to people who have been there, they’re amazing.”

Liam has been in remission since May 2017 and continues to be monitored by his doctors.