Steve is a retired architect, a real estate investor, a father, and a grandfather. He is tenacious and dedicated to his work and his family. When he thinks about his experience with CAR-T cell therapy, Steve sees it through those many layers of his identity. To see this architect’s take on his CAR-T cell therapy, watch his story below. 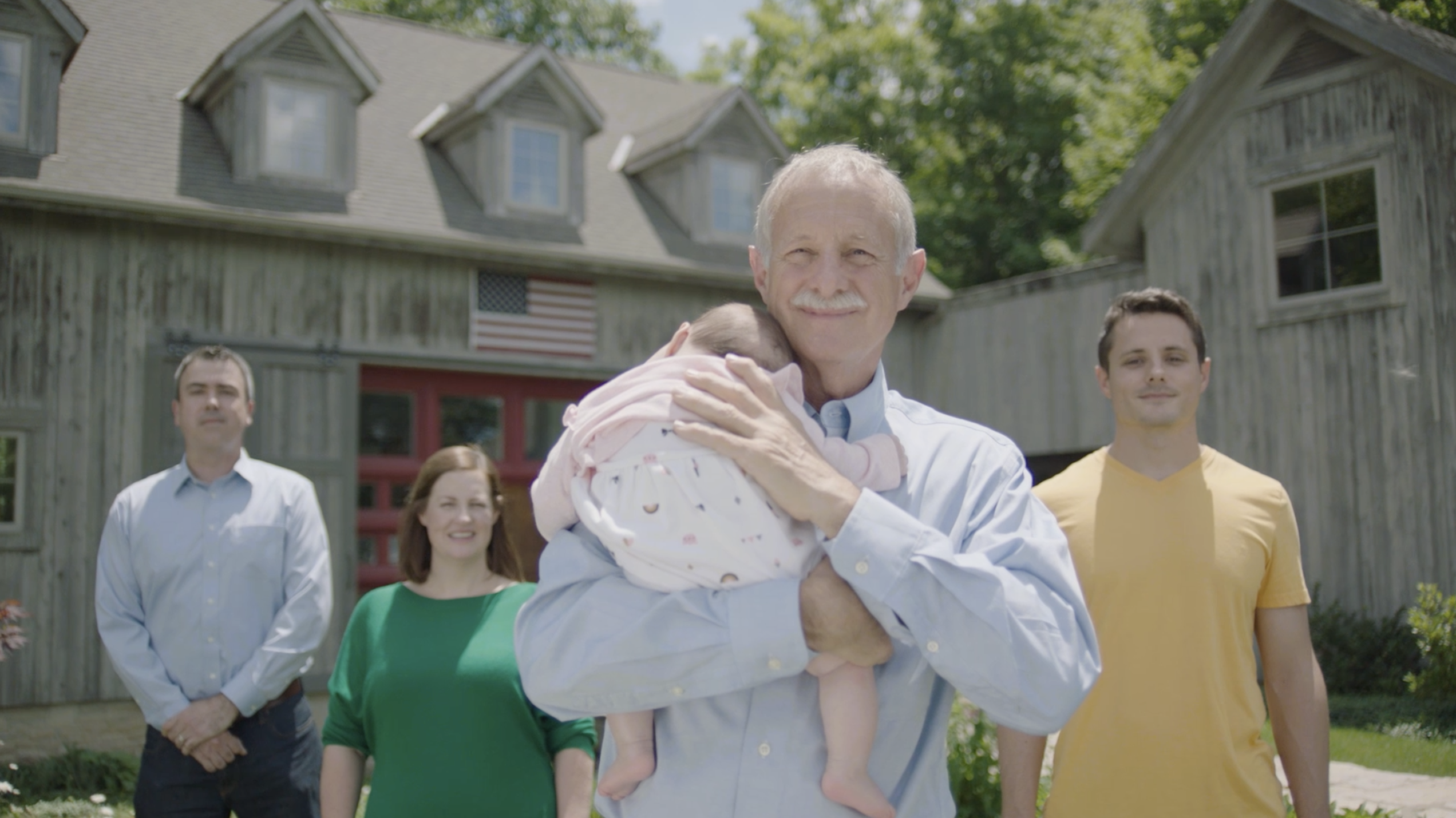 Steve first noticed a lump on the right side of his neck in late 2009. By the next year, the lump had grown to the size of an egg, and a biopsy confirmed a diagnosis of blood cancer. For 6 years, his cancer remained stable without treatment, and Steve and his wife Mary stayed focused on building their families.

That is until he noticed 2 lumps on Christmas Eve, 2015, this time on the left side of his neck. By the following month, Steve had another biopsy, and was diagnosed with a more aggressive form of advanced B-cell blood cancer.

When asked his reaction to his diagnosis, Steve laughs. “Well, it was, ‘This isn’t fun,’” he said. “But I had a very full plate between work and kids,” he said. “And [Mary] had been diagnosed in 2012 with colon cancer, stage 4. We were in the midst of treating her. I didn’t have much of a choice; I just needed to get to the bottom of it.” Steve wanted to begin treatment right away—and get back to his work and his family.

Just as he started treatment, Steve’s biopsy results revealed that he had a rare variation of advanced B-cell blood cancer known as a triple mutation, which is extremely difficult to treat. His doctors weren’t confident that his initial treatment plan would be enough.

The next treatment option would have been a bone marrow transplant, but Steve says he pressed his oncologist for other options. In the meantime, he underwent an aggressive combination chemotherapy which required 5 days of hospitalized treatment every 3 weeks.

On June 24, 2016, Steve’s T cells were collected and sent to be reprogrammed into CAR-T cells. “It was inconvenient, but [to me, the collection process] wasn’t painful other than the insertion of this big tube in your arm,” Steve said. An infection delayed Steve’s infusion for a few months, but his cells were sent back to the treatment center for his infusion in October 2016. After receiving conditioning chemotherapy to prepare his body to most effectively receive the new CAR-T cells, Steve had his infusion on October 13, 2016.

Looking back, Steve says Mary was his biggest motivation to undergo CAR-T cell therapy, and she was his greatest source of support and inspiration. He describes how they took care of each other as they each battled their respective cancers, “We were both each other’s caregivers,” he said. “I would just need her help on my sickest of days after my treatments when I didn’t feel like getting up to eat something. She picked up the ball when I just couldn’t carry it any longer.”

Steve was kept in the hospital for monitoring after his infusion. He had read extensively about the potential side effects of CAR-T cell therapy. After treatment, he experienced moderate CRS (cytokine release syndrome), which is a large, rapid release of cytokines (immune substances) into the blood from immune cells affected by immunotherapy. “I had a fever of 102 degrees,” he said, “[But] I didn’t get any of the disorientation or lack of mental acuity that they were looking out for.” Fortunately for Steve, his side effects were temporary and manageable.

“I had gone into remission sometime between day 30 and day 90,” Steve said. Throughout all of his treatments, Steve had been mentally and physically mapping the lumps in his throat, and he was amazed when his tumors finally went away. “As an architect, making 3D images is what I do,” he said.

These days, Steve puts a shorter perspective on things, preferring to live in the moment since his wife Mary passed away in the spring of 2018. He says his children and grandchildren keep him grounded and they keep him going. Steve hopes that by sharing his story, more people will know that CAR-T may be an option for them. “This therapy was lifesaving [for me],” he said. “It is great to be back among the living.”

Steve has been in remission since January 2017 and continues to be monitored by his doctors.